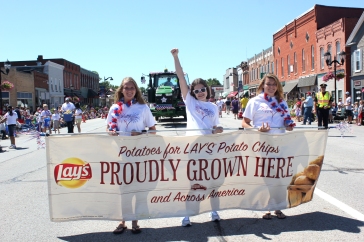 Walther Farms marched in the 2014 parade, giving out bags of Lay’s chips along the way. They grow some of the potatoes that go into the chips and are based just south of Schoolcraft.

Sarah Kowalski sings the national anthem each year, as the parade pauses in front of the reviewing stand with announcer Doug Flynn doing the honors.

Parade goers line the streets in Schoolcraft at an early hour to get the best seats. Many, like this little girl, are dressed in their finest 4th of July attire. 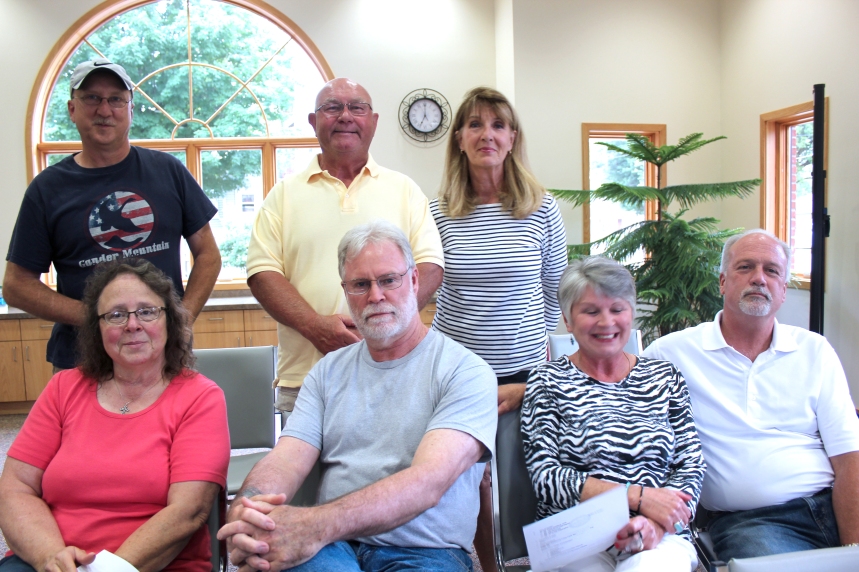 Current crew of the Schoolcraft 4th of July planning committee appeared before the village council requesting replacement for several retiring members. They are seated left to right: Deb Reynolds, parade chair who is retiring; Chip and Virginia Mongrieg, long-time volunteers with Chip in charge of the annual fireworks shop until this year; Jon Krum, finances. Standing left to right in the back: Randy Palmer, this year’s fireworks chair; Jim and Monica Rasmussen, parade assistants to Reynolds who will be retiring; Kathy Stiver was absent when the meeting took place.

10 p.m. – Fireworks north of Schoolcraft High School. Parking available in the school lot – funded by donations to the Schoolcraft 4th of July Committee