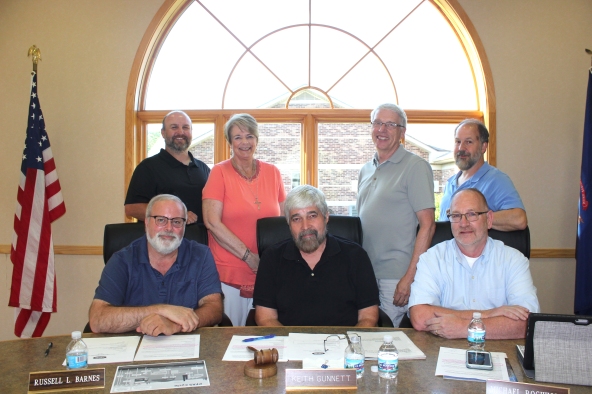 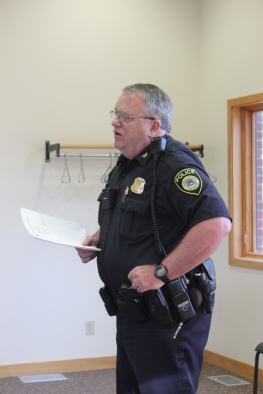 Schoolcraft Police Chief Bryan Campbell reported his department had an increase in traffic stops and therefore revenue from the months of January through May compared with the first five months of 2018 Traffic stops went from 260 to 389, tickets issued from 191 to 239 with accompanying revenue up from $3,302 to $4,729. Activity complaints for this time period also increased from 335 to 389.

“This is not a bad thing,” Campbell said. “No extra hours of staff time were encountered but it was a trade-off of traffic stops to patrolling the back streets of the village. We don’t have quotas but it is more expensive to the village when our officers have to go to court if someone pleads not guilty to a complaint citation. This also doesn’t include attorney expenses. The village policy is that the officer has to attend a court hearing but if they have a day job that costs extra too.”

Jennifer and Jager Doorn are involved in trying to save the B & O railroad tower in Kalamazoo near Bell’s Brewery. They cited the state’s intent to tear the historic switching monolith down by the end of August if someone doesn’t pay for asbestos abatement of $3,500 before that time.

The Doorns won a resolution of support from the village council as they try to raise funds to prevent the tear-down from happening. Jager explained they have utilized a Go Fund Me site and received a promise from Jamie Clark to locate the building on his land that abuts the railroad while attempting to get a time extension from the state to explore other avenues to save the building.

Spring curbside clean-up options were also discussed to save money for the village. It cost $7,700 this spring for the collection of unwanted objects people put in front of their homes to be carted away.

A central drop-off was proposed to reduce costs. Five 30-yard containers were priced at a total of $2,500 for the total operation. The problem has been non-residents putting objects out in people’s yards which might pose the same problem for containers. To mitigate this, residents would need to show ID when they drop items off. Trustee Todd Carlin questioned how people without trailers could transport their items to a drop off site.

The decision was tabled until more information could be obtained.